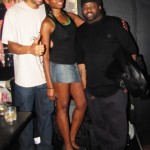 Photos from Get Down 2 Give Back

The Get Down 2 Give Back event was presented by Chevon Media & Props  with DJs Rich Medina, Akalepse, DJ Evil Dee and Lord Finesse A portion of the proceeds benefitted the The Brooklyn Young Mothers Collective! 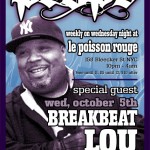 On October 5th 2011, Break Beat Lou of Ultimate Breaks and beats will be doing an all-Vinyl Set With  the illustrious music maestro RichMedina at Le Poisson Rouge for Rich and Akalepse’s weekly Wednesday set called PROPS!