The new self-produced single from Yung B Da Producer. Please be on the lookout for his debut, The Last Poet and the upcoming compilation by The Manifest Movement, entitled Dreams Manifest. 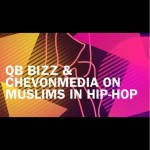 QB Bizz and ChevonMedia on Muslims in Hip-Hop

QB Bizz is an event marketing and promotion professional who found Islam through music. Hear his story this 9/11/2011 and open your heart and mind to tolerance. PERFORMING LIVE
Performing on stage during the Sneaker Art Expo is Nickodemus of TurnTables on the Hudson, featuring Stimulus & Malik Work of The Real Live Show. They’ll be premiering and showing the music video for their recently released single NY Minute, by Nickodemus featuring The Real Live Show, Sadat X, Rabbi Darkside, and IllSpokinn.
…