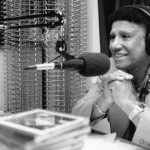 NYTimes on Hal Jackson – Radio record breaker in more ways than one.

I just read this article and I am aghast.  I never knew this man Hal Jackson was responsible for so much of what I dearly admire about radio with soul.  He was a civil rights activist.

What excites me most about the legacy is he did what Malcolm X advised us all to do- Create for yourself, in your own image, what you feel is missing from the world rather than waiting on someone to allow you access to what they have.

Hal Jackson, a veteran broadcaster who broke down racial barriers, becoming one of the first black disc jockeys to reach a large white audience and an omnipresent voice on New York City radio for more than 50 years, died on Wednesday in Manhattan. He was 96.

In 1971 he was one of a group of black entertainers, businessmen and politicians, among them Percy Sutton, the Manhattan borough president, who formed Inner City Broadcasting and bought WLIB-AM and its FM sister station, which became the first black-owned radio station in the city.

As vice president of the FM station, which was renamed WBLS, Mr. Jackson hired the disc jockey Frankie Crocker as program director and oversaw the station’s shift from jazz to what Mr. Crocker christened urban contemporary radio: a slick blend of rhythm-and-blues, dance music and other genres designed to appeal to young listeners across racial lines. (In later years hip-hop was added.) When Mr. Crocker left, Mr. Jackson became program director; by the mid-1970s, WBLS was the No. 1 station in New York.