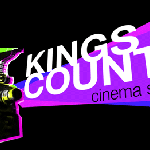 Player Hating follows rapper Half-a-Mill and his Brooklyn crew, The Godfia Criminals, as they struggle to launch Milion, in an effort to attain money, success and recognition through music. Player Hating delves intimately into the lives of young “thugs”, and takes the viewer into an underground world of poverty, alienation, gangs, violence and music that most audience members have an inkling of, but few rarely see—unless they’ve lived it. Filmed in the Albany Projects in Crown Heights, Brooklyn. Trailer at our site – film’s site here
“Player Hating is one of the more intimate and revealing looks at American projects ever made… Hadleigh-West clearly has the guts, not to mention the wiliness, of a potentially major filmmaker: She went to an everyday kind of purgatory and came out with a picture of cleansing humanity.” – Chuck Bowen, Slant Magazine

The 8pm screening will be preceded by a selection of locally-produced music videos, docs and youth media, curated by the Crown Heights Community Mediation Center, beginning at 7pm… with a Q&A with local artists and activists.