Grandmaster Melle Mel doesn’t bill himself as a comedic personality, but when he’s paired up with fellow Bronx legend Lord Finesse, he sure lights up like one. Humorous, heartfelt, humanizing. Those words accurately describe Lord Finesse and Melle Mel’s responses to Miss Info’s questions at the Sonos “Tales from the Bronx” in-store Q&A.

Read below for a few of the questions, responses and quotes that stuck with me.

Describe the parties you attended before DJ Kool Herc began throwing his own jams?
Before Herc, most of our parties would be all guys in the party . No girls was there ! You could go to Herc’s parties like ” Damn!” He was the first one in Hip- Hop with the total package in the party.  – Mel 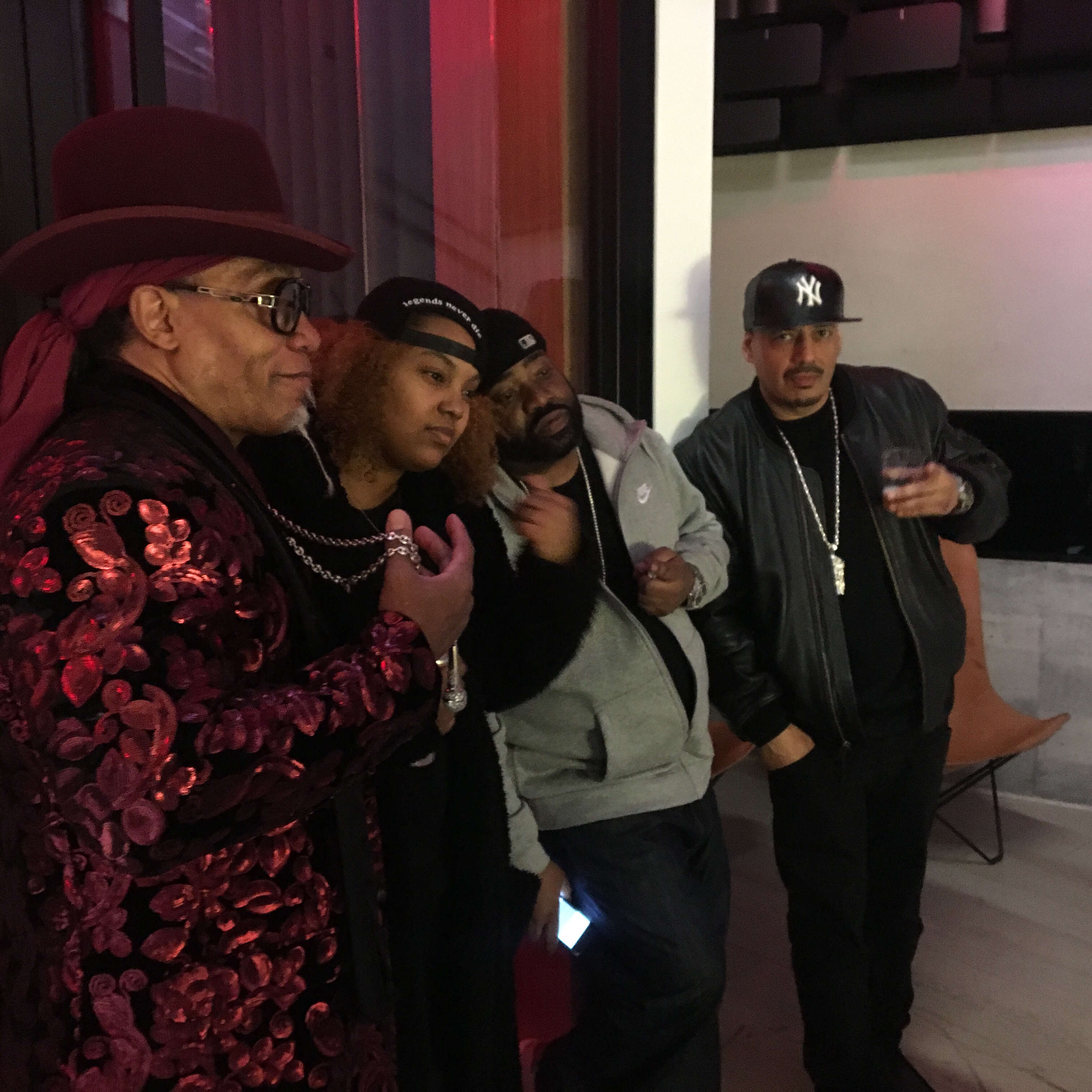 Talk about growing up in the Bronx, and what Hip-Hop meant to you then.
[People ask] why do I dress like this. I dress like this because when I was in the Hood we ate CHICKEN FEET AND CHICKEN BACKS. Hip-Hop was my one opportunity to be somebody and I took it. I may not have made it to the money spot but Hip-Hop is all around the world now. We won. These days there are many people who want ‘more,’ but don’t appreciate what they have. 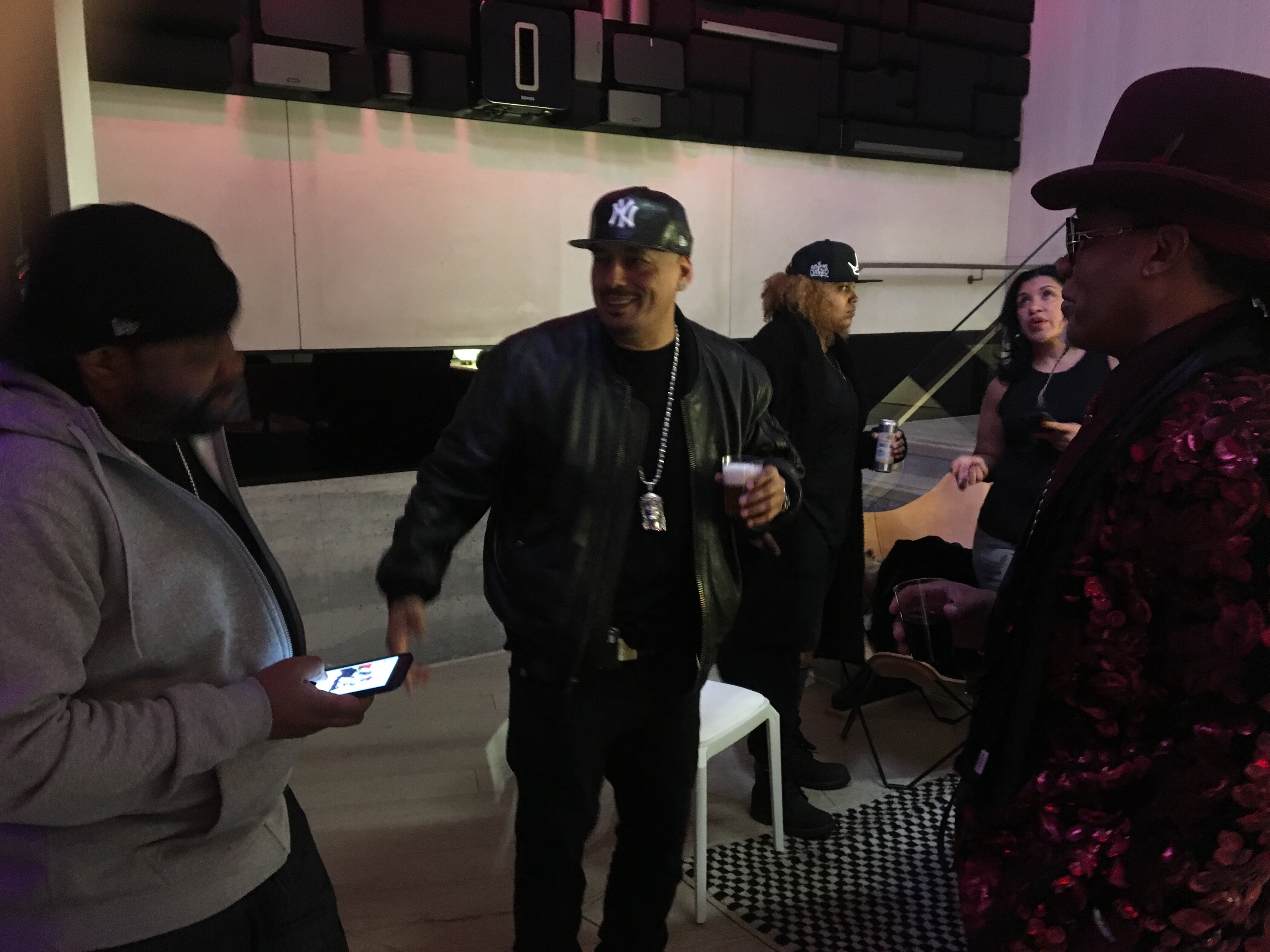 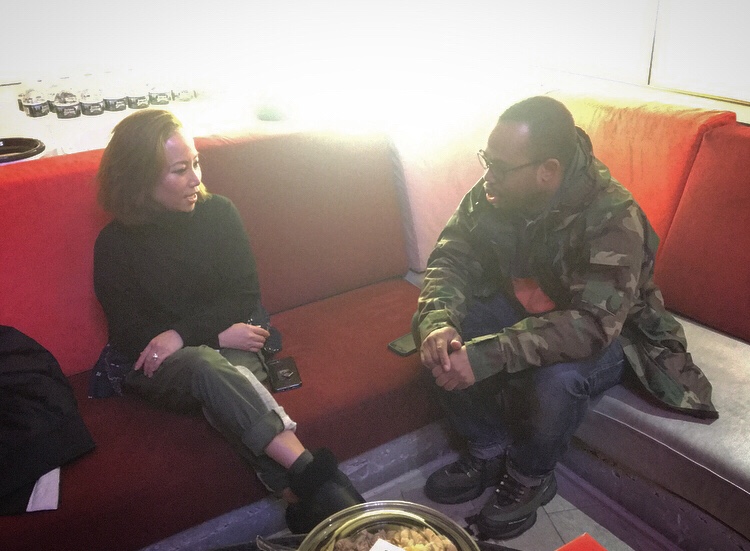 Back then, how did you feel about the song The Message?
Ed Fletcher wrote the main part of the song. I’ll be honest, I didn’t wanna do The Message at first because we was rapping about partying! We didn’t believe in the song. Only Sylvia Robinson believed in the song, and at the end of the day, you gonna cave to what a woman says. (Laughter) 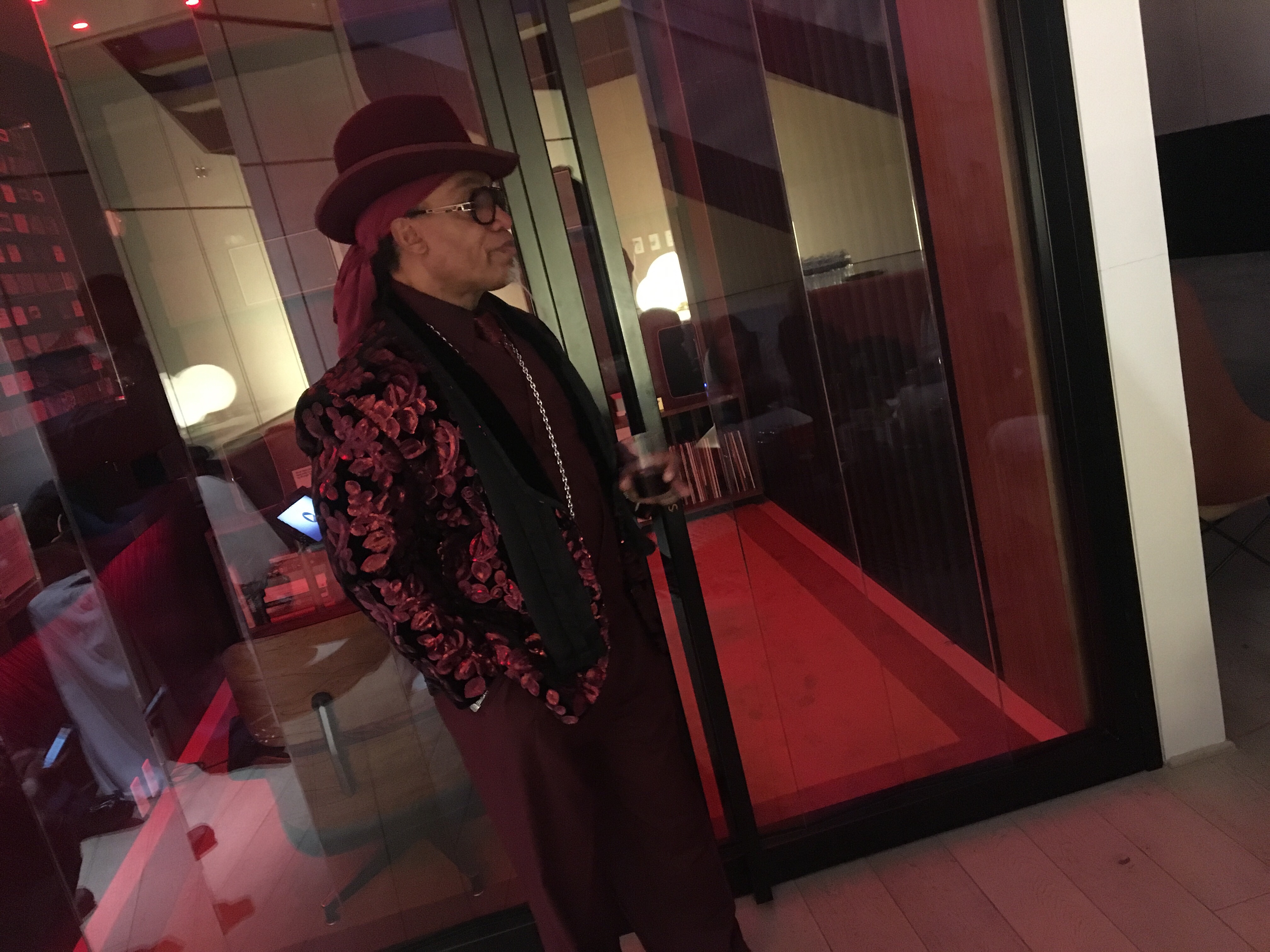 One night we were at a huge party. This was around the time the song Planet Rock was hot. Sylvia was gonna play The Message. I was nervous so I stood in a corner off to the side! They was playing Planet Rock, when suddenly they took it off and threw on The Message. Everyone in the dance froze at first, then the reaction was instant. It worked! 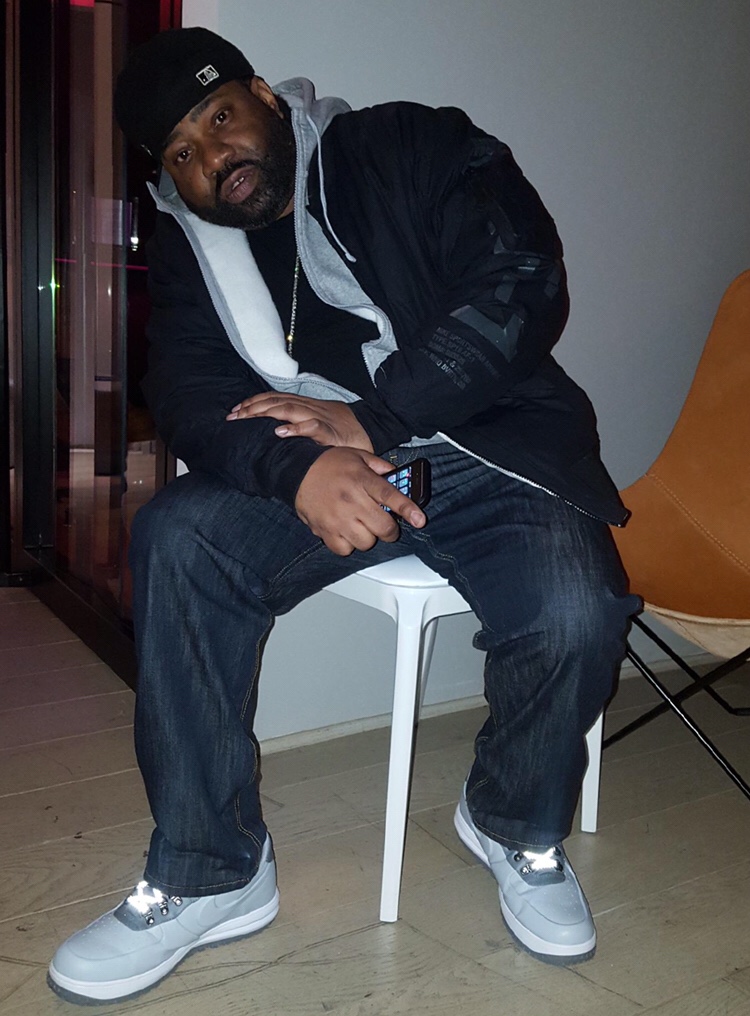 Finesse on DITC forming as a group
It wasn’t like we were aiming to put a group together. It was just organic. We was all solo artist s trying to form a group. So putting DITC together… was difficult.

How’d you meet Big L.?
At a music conference.. someone came up to me and said this guy wanna rap for you and says he’s so good that he’ll only rap for you once. And if you hate it – he’ll never bother you again. I thought, well shit… I gotta hear this guy.

Do you remember any names from the music conference where you met Big L?
Oh man… The host was Serch… the DJ was Biz Mark. Um, you had RSO with young Benzino…

What should be the driving force when artists hit the studio to make music?
I think with hip hop, to make it fun it gotta be organic. Anytime you look at something and say I gotta do the same thing as the other guy–you’re saying you’re happy with being number two. Because the original is already out there.

On artists complaining about their position
You just a copy so don’t be doing that [imitating whatever is hot], then complain that you’re not hailed as one of the greatest—you were #2 from jump!
(Crowd applauds)

Describe what lyricism meant to you at that time?
What people don’t understand is we went from Cold Crush to Melle Mel to Rakim. The progressive bar was set so high I was like… I gotta be good! These dudes pushed me!

And with that , Craig G’s immortalized voice blared through the speakers on the hook. 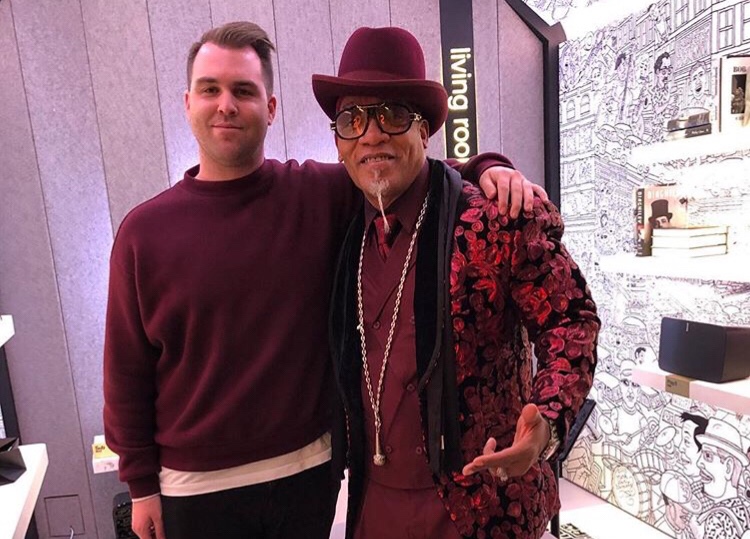 As I watched the crowd of listeners applaud these two cultural architects, I thought about how much it means to me, a woman with some BX roots, to see people from the Bronx speaking honestly about the challenges they endured, the foundation they built, and strides they have made in this imperfect but beautiful thing called Hip-Hop and in this one life we have to live. 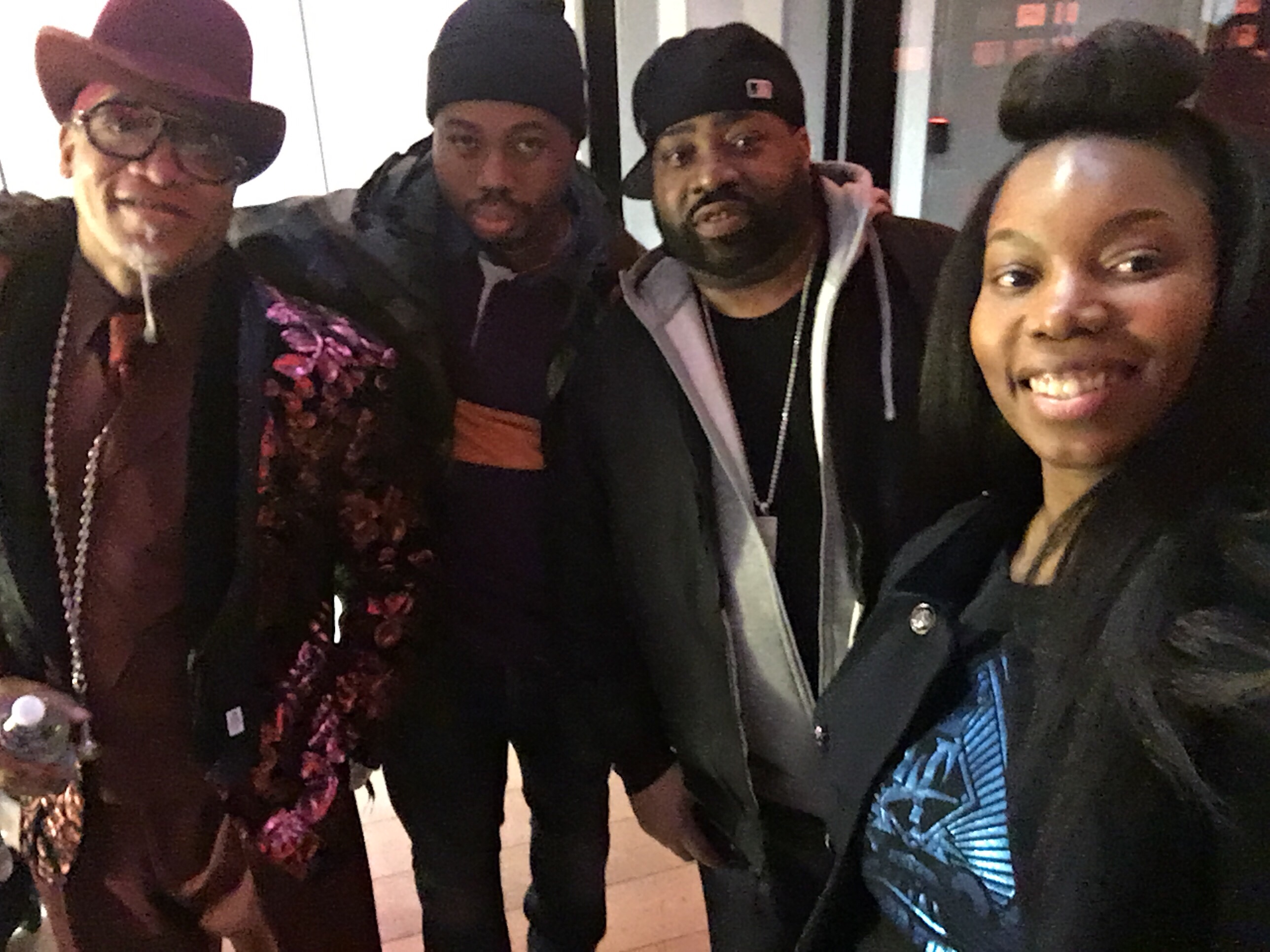